The World Oncology Forum (WOF) is a series of policy forums, organised by ESO in collaboration with The Lancet Oncology, where internationally renowned cancer clinicians, researchers, advocates and policy makers discuss and define what needs to be done to end avoidable suffering and death from cancer.

The next edition will be held in Ascona (Monte Verità), Switzerland on 28-30 September 2023. The new WOF devoted to “Global fight against cancer: past, present, future” aims to find out whether in the meantime there has been progress and, if not, what should be done to avoid the disaster. 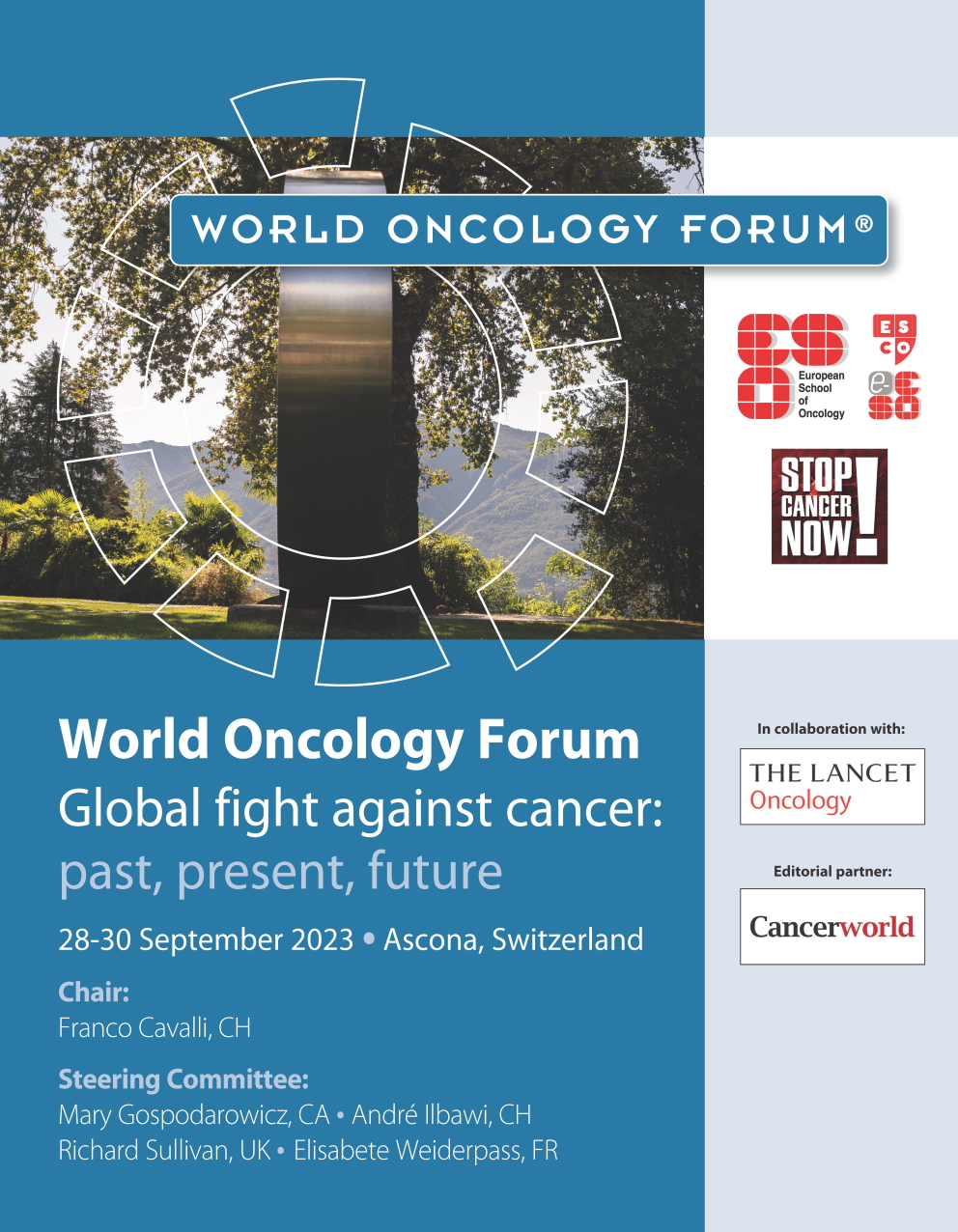 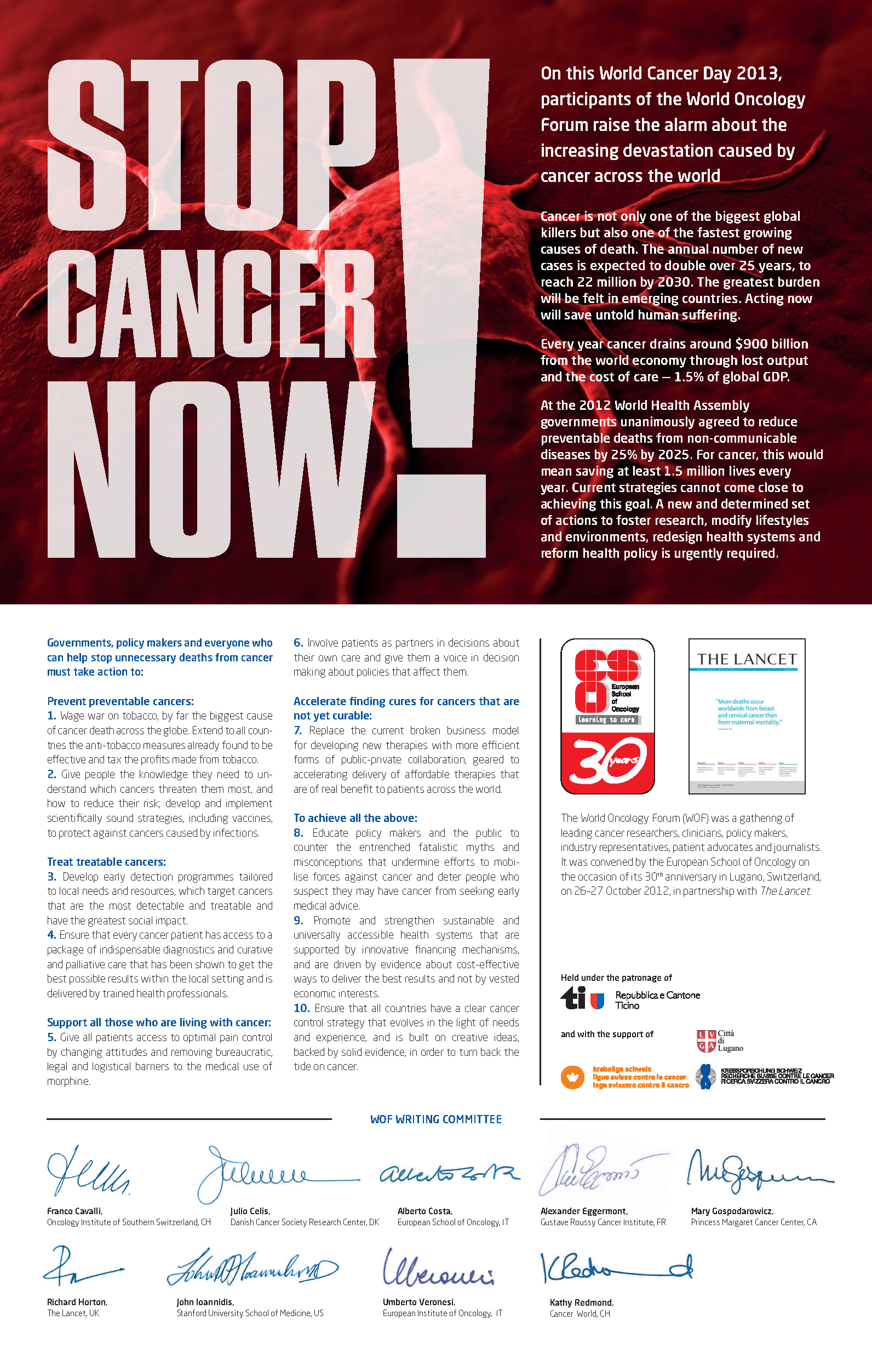 "Stop Cancer Now! An appeal for global action against one of the world’s greatest and fastest growing health challenges", Cancer World, January-February 2013

"Knocking at the door of the global agenda setters", Cancer World, March-April 2015

"Time to refocus on risk and prevention", Cancer World, May-July 2016